I have a few obsessions. Target, pillows, pinterest, and the blog Young House Love. Put them all together in a nice sandwich and you get a YHL Winter Pinterest Challenge where I take four napkins from Target and make two pillows.

It all started when I was working on transforming our lower level guest room and figuring out a color palette. I went to Target and since they had a million decor pieces in one of the hottest colors right now, coral, I decided coral and gray was my palette. I found lots of pillows with coral, but so much of it was geometric and so harsh. I was really wanting to add some floral when I found this Target floral print (below). However they didn’t have this print in pillows which I wanted, so what did I do… bought a pack of four napkins (20″x20″ each) for $9.99 and said I’d make pillows out of them… real funny since I haven’t touched my sewing machine in over 2 years. 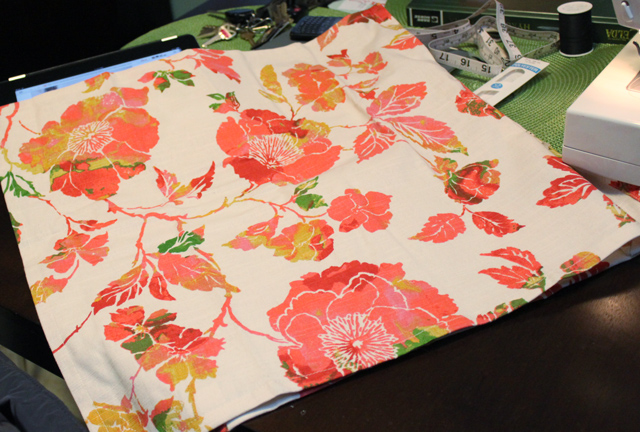 So then I hopped on Pinterest and began searching for tutorials on how to make pillows from napkins… and I found many different methods. You can sew the pillow mostly with a machine and then the methods to close the pillow after the stuffing include hand sewing, velcro or putting in a zipper.

I was ambitious and thought a zipper would be the best way to close it, while making it still look nice. Here is the pillow tutorial I followed to a T… besides the fact that she didn’t use napkins, but napkins in my case just equaled a piece of fabric. PS I also learned that for zippers you use a “zipper footer” which so nicely came with my sewing machine. 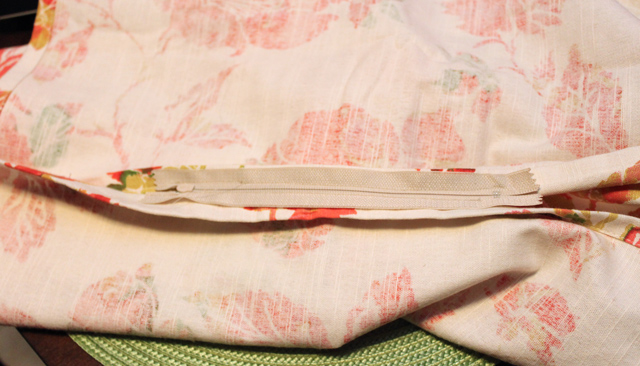 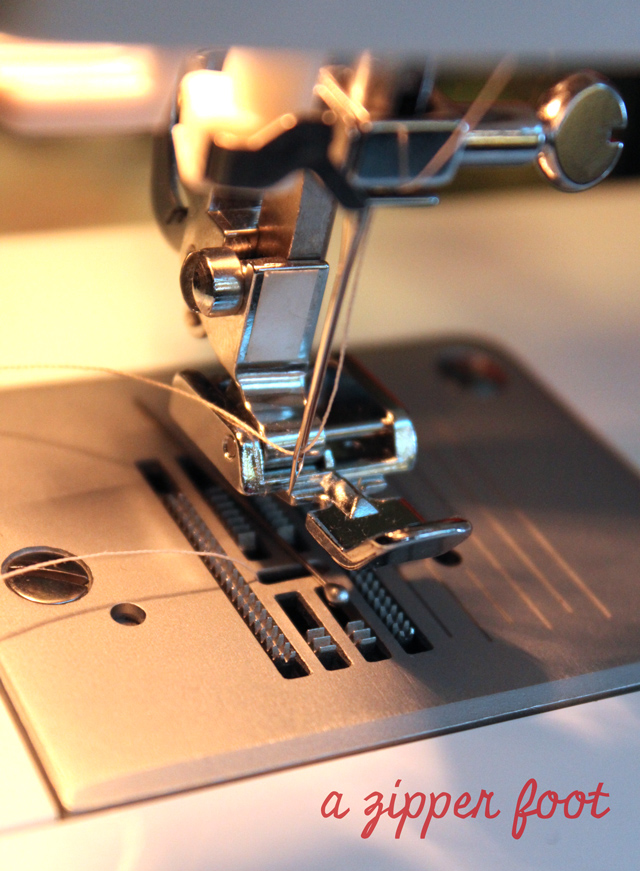 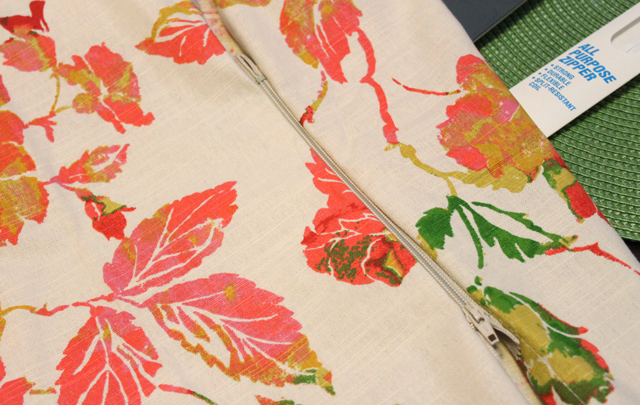 I was crazy surprised how easy it was… even my mom (who is like a pro sewer) was impressed! So once that part was done, the rest was easy, just sew it shut. And I just used the existing hem as my guide which helped keep things pretty straight. 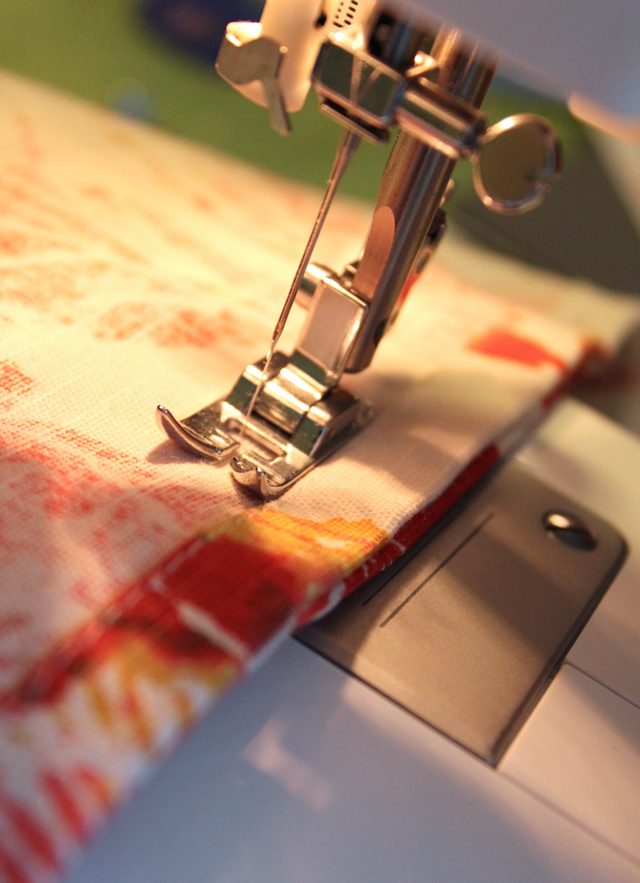 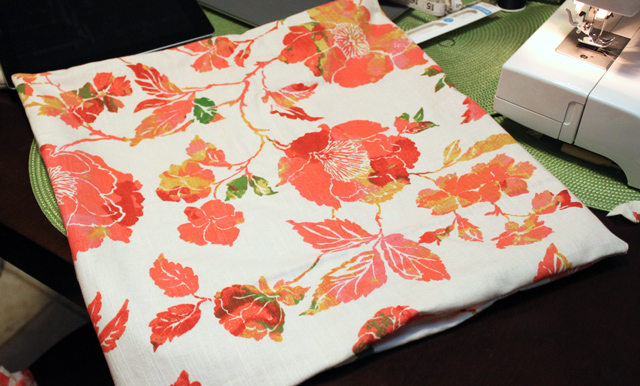 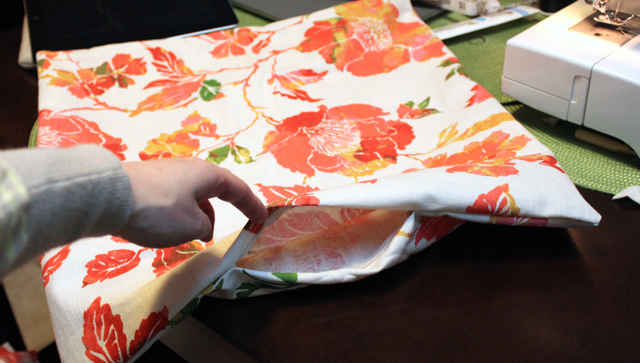 Then I just stuffed them full of soft stuffing that I picked up for about $3 and zippered them shut. Presto. I magically turned 4 napkins into 2 pillows. 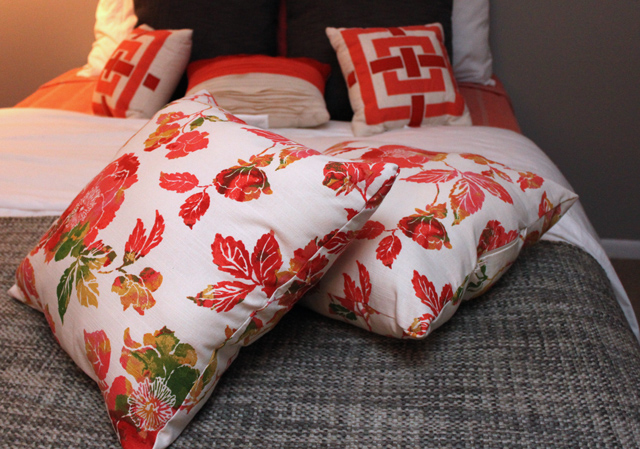 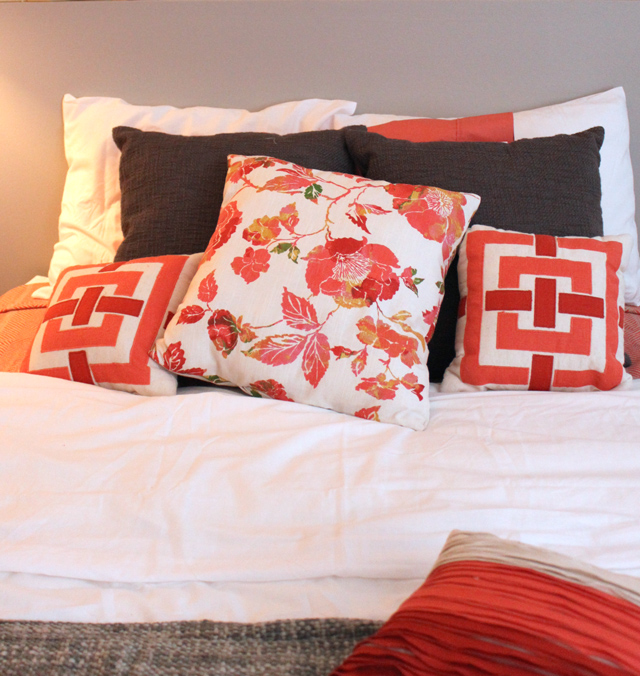 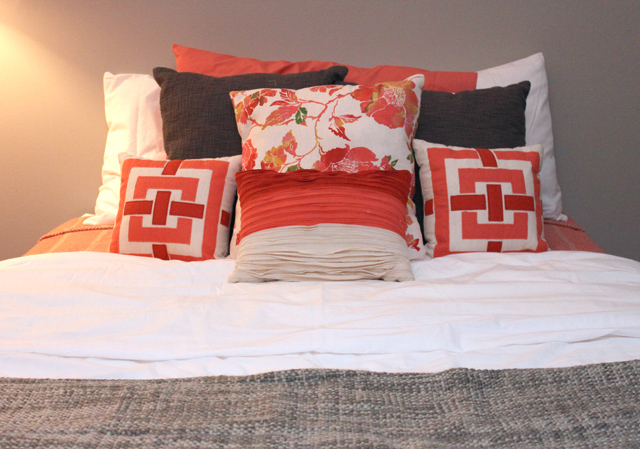 And look who came to watch as I finished this project… his eyes were on the pieces of thread the entire time, he has eyes like a ninja. I’m thankful for a pet who loves craft time too! 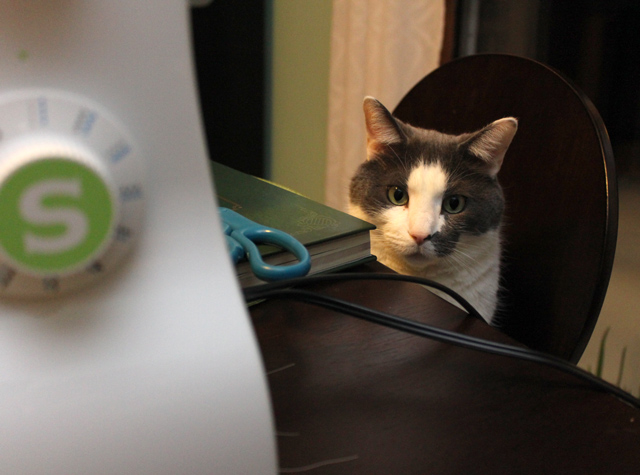