Awhile back I professed my love for a certain couch – Well yesterday my dreams came true as we hiked down to Ikea (well we drove, not really hiked).

It began like this. I saw this sofa on a blog. Fell in love. Decided any house we bought had to fit this couch. Bought the house. Sat on the floor to watch tv in the meantime (not cool). Taped out the couch on the floor to make sure it would fit. Plan to go to Ikea to pick it up (borrowing a trailer) since the shipping on it would be $300+. Drove 2 hours to Ikea, loaded it up and brought it home. 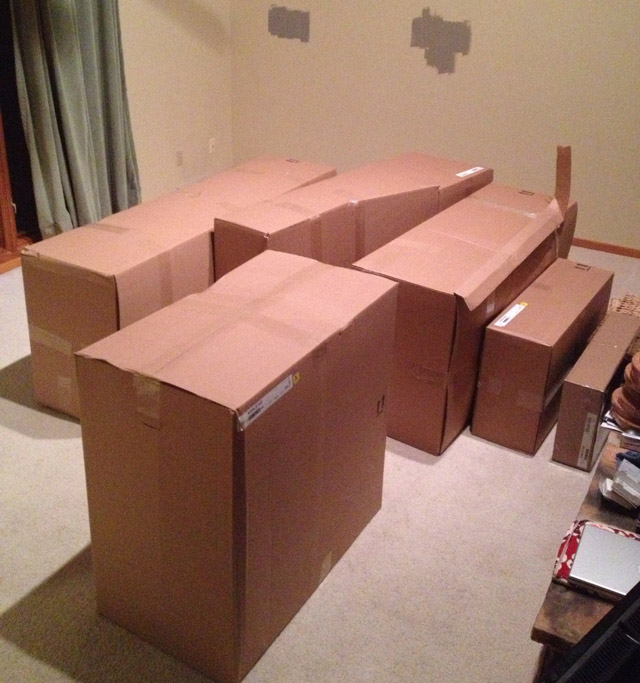 And this is how it looked packaged up. Scary… but we weren’t too intimidated. I immediately started ripping open the boxes while Drew finished up some work stuff. Once he was done, we were ready to get assembling. Overall it was pretty darn easy – with the help of two people it made it go by faster. I was stuffing pillows and cushions while Drew was doing the nuts and bolts. 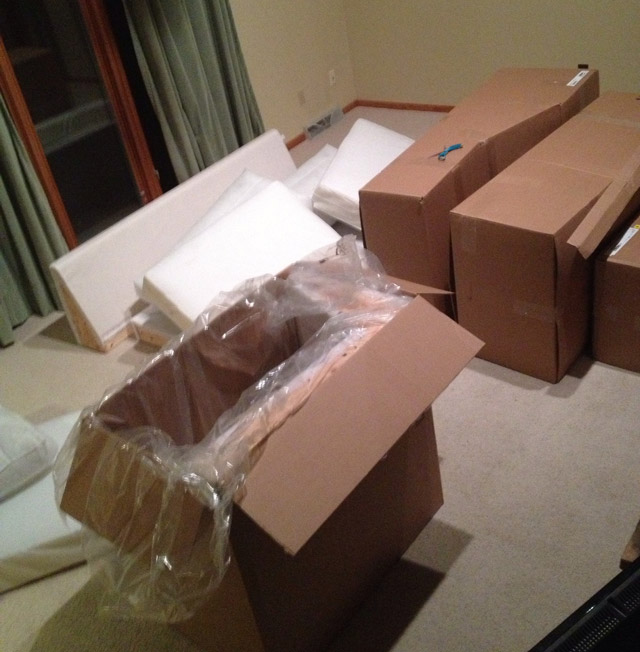 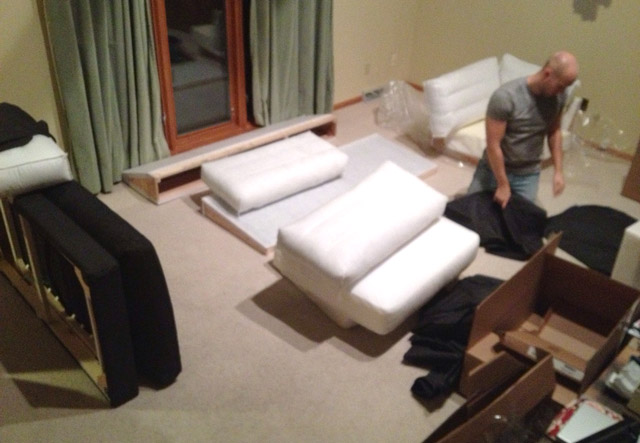 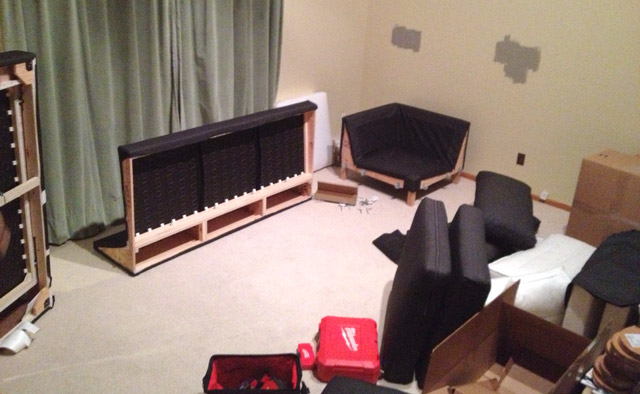 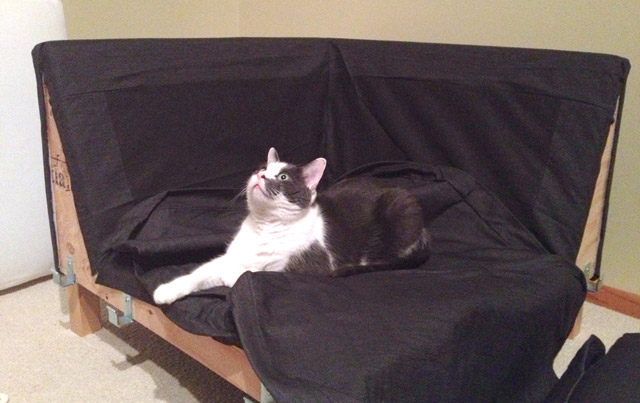 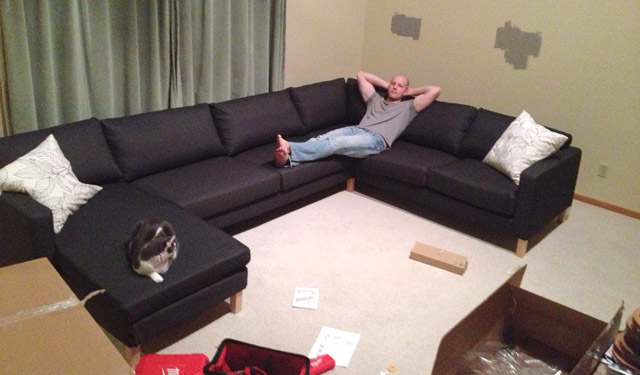 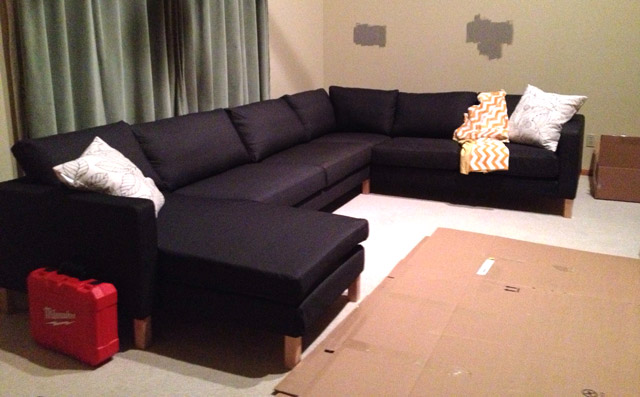 Verdict. We LOVE it. We have yet to really enjoy it since we finished assembling at 10pm last night and then went to bed – it’s also a dark grey compared to the black color it looks in the photos. (PS don’t mind the awful space between the chaise. We realized we stuffed the cushion in the wrong way and have yet to fix it). This morning Eddy was professing his love for it too, as he was continually doing hurdles over and under the couch. It was a site to see. Oh and don’t you love our cardboard rug? Once we finish the space up a little bit more, I’ll share some non-iphone photos! 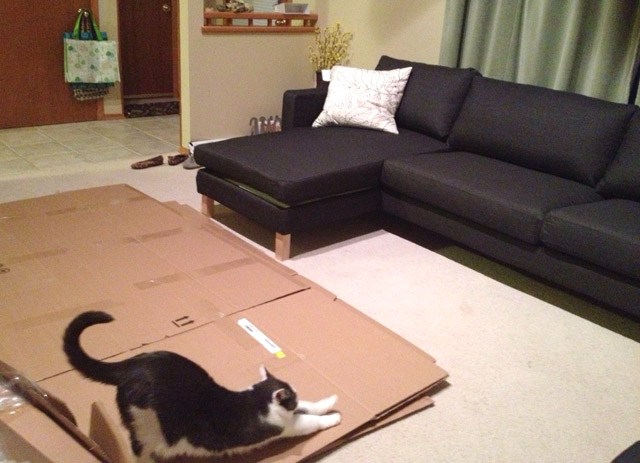 One thought on “Dream Couch is Ours!”